The striking off of a company from the Register of Companies can be voluntary or involuntary. 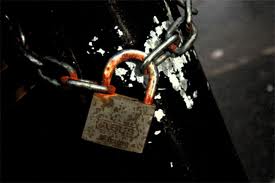 There are two forms of company strike off involving striking the company off the Register of Companies at the Companies Registration Office (CRO)-voluntary and involuntary.

It is important to understand the difference.

To request a strike off a company director must file a request on a form H15 requesting removal and the power to strike off is a discretionary one.

To avail of the voluntary strike off mechanism a company must

This voluntary strike off procedure, whilst relatively straightforward, is slow and the Registrar of Companies will write to the Company on two separate occasions a month apart to confirm the request for strike off.

The Registrar of Companies must then advertise her intention to strike off the company and a month after this advertisement the company will be struck off and no longer exist.

Consequences of strike off

It is important to note that a company that is struck off, whether voluntarily or involuntarily ceases to exist as a legal entity.

When a company is struck off the Register of Companies it is dissolved and no longer exists.

Involuntary strike off can happen if the Registrar of Companies strikes off for failure to file returns for example; the Revenue Commissioners can also apply to have a company struck off.

If the company has been struck off for less than 12 months then it can apply to the Registrar to have the company restored.

However if the company has been struck off for more than 12 months then an application will have to be made to the High Court to have the company restored to the Register.

This can be a costly exercise.

As in the case of the voluntary strike off scheme a restoration application can only be made where all returns are up to date and all penalties and late filing fees paid.

The first step in the application is to obtain a Letter of No Objection from the Companies Registration Office.

Then the application to the High Court will have to be made and if successful the Order of the High Court permitting restoration of the company must be served on the Registrar of Companies within 3 months.

The application to the High Court will be by way of Petition and will involve a grounding affidavit, notice of motion and petition. If successful a further Letter of No Objection will need to be obtained-this time from the Revenue Commissioners.

Company strike off and restoration can be a costly exercise, particularly where an application to the High Court is necessary and all company returns will need to be brought up to date and penalties paid as a starting point.

Personal Liability for Company Directors in a Company Liquidation

Company directors can be held personally liable for the debts of the company in exceptional circumstances.

Reckless trading can also lead to personal liability for directors. Reckless trading is where a director is knowingly a party to the carrying on of any business of the company in a reckless manner.

The most common occurrence of reckless trading is where it can be shown that the directors have permitted the company to incur liabilities without having reasonable grounds to believe that those debts would be paid.

Failure to keep proper books of account is another offence that can lead to personal liability but if the director can show that he took reasonable steps or appointed another competent and reliable person to keep the company accounts he can avoid liability.

Consequences for directors of an insolvent liquidation

Directors can be disqualified or restricted from acting as directors.

A restriction occurs when a liquidator applies for a restriction order seeking to have the director prevented from acting as a director for a period of five years.

A good defence to such an application is for the director to show that he acted honestly and reasonably.

a) The conviction of an indictable offence or fraud

b) Breach of duty

d) Having a declaration of personal liability made against them.

Other issues re insolvent liquidation

Winding Up a Company-Voluntary or Compulsory

This latter winding up arises when a liquidator appointed by the members forms the opinion that the company is unable to pay it’s debts.

The process of winding up a company by the directors is known as a members’ voluntary winding up which is provided for by sections 256-264 Companies Act 1963. In order to avail of this method of winding up the company must be solvent so technically it is not an insolvency procedure.

To wind up a company in this fashion the directors must meet and make a statutory declaration (under s. 256) that they have made a full enquiry into the affairs of the company and that they have formed the opinion that the company will be able to pay it’s debts in full within a period not exceeding 12 months from the commencement of the winding up.

This statutory declaration must be sworn at a meeting of directors before a commissioner for oaths or solicitor. It will also contain a statement of the company’s assets and liabilities at the latest date before making the declaration.

This declaration must be accompanied by a report from an independent person (usually the company’s accountant) stating whether he is of the opinion that the directors declaration above is reasonable and that the schedule of assets and liabilities is reasonable.

If it is subsequently proved that the company is unable to pay it’s debts within the period specified in the declaration of solvency, a Court may declare a director personally liable if the Court decides that the declaration was made without reasonable grounds.

At this EGM the members pass a special resolution that the company be wound up voluntarily as a members’ voluntary winding up and appoint a liquidator. Within 14 days the directors then publish a notice to this effect in Iris Oifigiuil.

The company then ceases business save for whatever work is required to wind up the affairs of the company and distribute the assets.

If at any time the liquidator forms the opinion that the company is unable to pay its debts in full he must advertise and call a meeting of the creditors of the company.

Once the liquidator has done his job he calls a final meeting of members and provides an account of the winding up.

This meeting must be advertised in 2 daily newspapers and he then makes a return to the Registrar of Companies.

The company is then deemed dissolved three months after the Registrar receives the liquidators report and an account of the final meeting.

This procedure is a liquidation started by the shareholders and where the company is insolvent. (And as pointed out above will be the procedure if the winding up starts off as a members voluntary winding up but he declaration of solvency cannot be sworn).

The steps for this winding up are
1) The board decide to appoint a liquidator to implement a creditors voluntary liquidation
2) The board call a meeting of shareholders and passes an ordinary resolution that the company cannot continue to trade and should be wound up voluntarily
3) The members pass a resolution for the appointment of a liquidator and winding up of the company
4) A meeting of all creditors is called to advise the creditors, to present a directors statement of affairs to creditors
5) To confirm the appointment of a liquidator
6) The liquidator then realises the assets of the company and distribute the proceeds to creditors in the order laid down by the company’s acts.

This involves the High Court winding up the company on the petition of a creditor, member or the company itself.

The common grounds for such a petition are

This type of winding up is similar to the other two voluntary situations outlined above except the appointment of the liquidator is by the High Court.
By Terry Gorry
Google+