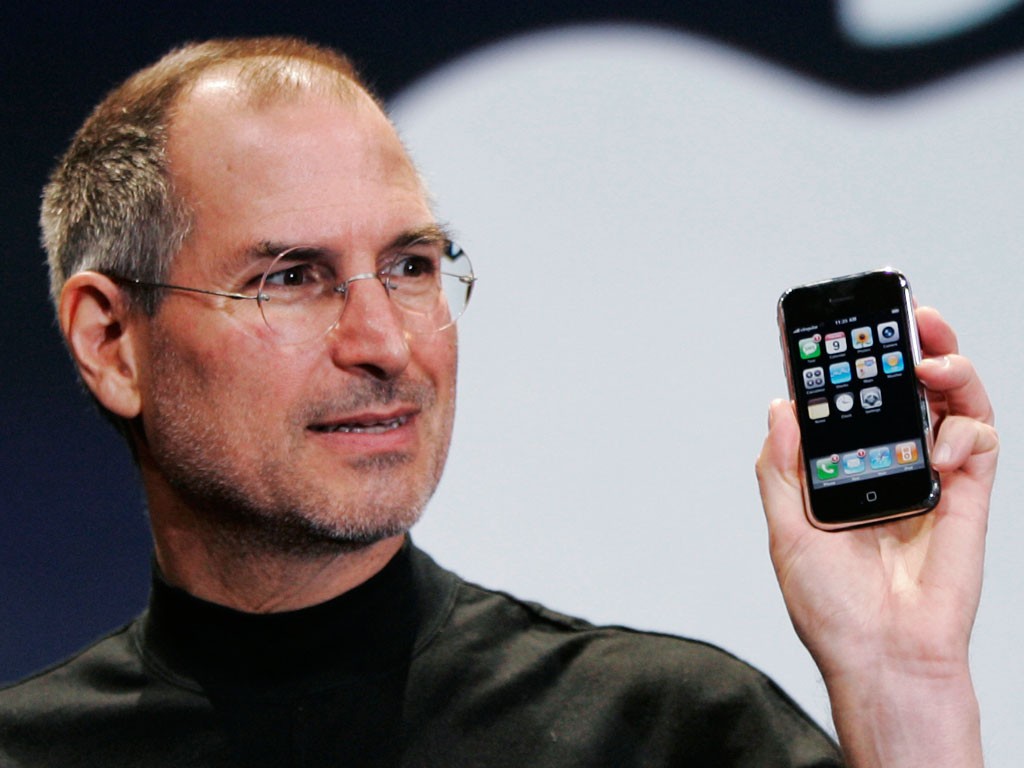 Do you ever worry about being seen as a sleazy salesman?

As a cheesy slimeball?

Do you feel uncomfortable trying to make sales?

Because “nothing happens until someone sells something”.

This quote has been attributed to Thomas J. Watson, the former CEO and Chairman of IBM and to Peter Drucker, the legendary management consultant.

Regardless of which man said it, it is worth hardwiring into your brain for the rest of your (business) life.

“Selling” is not a dirty word.

In Ireland and the UK, we have a different view of selling.

We don’t like the “hard sell” and we’re uncomfortable with what many people view as a grubby, slightly seedy necessity.

Unlike the attitude in other parts of the world, most notably in the United States.

Ironically many of us are “fan boys and girls” of one of the greatest salesmen of the 20th century-the late Steve Jobs, the founder and main man of Apple.

Cast your mind back to the occasions you saw Steve Jobs in the news. He was nearly always selling something.

You should have a positive view of sales, especially when you are bringing real value to your customer or client.

If you are really providing value, you’re doing them a favour, after all.

Hopefully I can change your view as to how you should view selling and sales.

Selling is Not a Zero Sum Game

Selling is not a zero sum game. There doesn’t have to be a winner and loser.

In fact, there shouldn’t be a winner and loser. I only really grasped this when I read a book by a fascinating millionaire American investor and libertarian who ran for the presidency of the United States-Harry Browne.

Harry Browne wrote a little book which you can read in one or two sittings called “The Secret of Selling Anything”. (You can pick it up on Amazon).

I strongly recommend it, and not just if you sell for a living.

Remember: we all sell stuff.

Every day of our lives.

We sell ourselves, our ideas, our philosophy, our opinion, our world view, our products/services.

You have no apology to make in this regard.

The solicitor or barrister seeks to persuade the Judge or jury that his client’s version of events is more credible than the alternatives.

As children we sought to persuade our parents that going to a disco or club was a good idea. (Our children do it to us now).

As adults we try to persuade our kids that they shouldn’t go out in “that dress”.

Fundraisers solicit donations on behalf of their charities and seek to persuade us that making a donation is a better use of our money than the many alternatives.

As an employee you seek to persuade their employer that you are worthy of a pay rise or promotion.

As an employer you try to persuade that your organisation is worth joining and contributing to.

Organised religions sell their interpretation of the bible, Qoran or the idea that their tradition and philosophy is worthy of support and more credible than not believing.

Politicians sell us their persona and policies (until they are discarded post election).

Selling is not dirty or grubby.

It should be mutually beneficial and enriching for both you and your customer. If it’s not, change what you are selling-tweak it, replace it, or drop it altogether.

But once you are proud and certain that what you are selling will genuinely help the other party, take pride in the activity.

Because nothing happens until someone sells something.