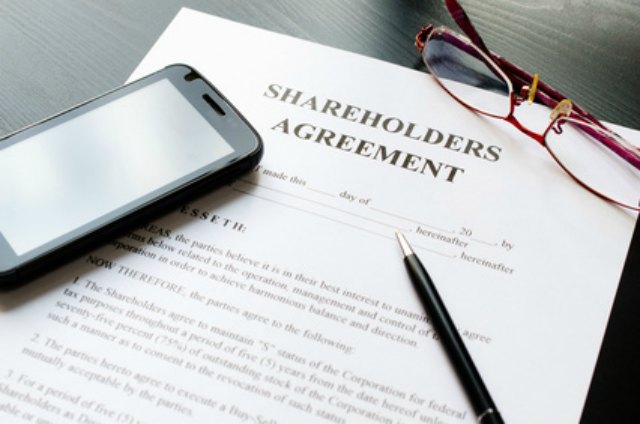 A shareholders agreement can be every bit as important in a company where there are minority shareholders.

A minority shareholder in this situation does not have the power to block the passing of a special resolution by the other shareholders who can ignore shareholders with less than 25%.

We take a look at 7 of the most important issues below.

When a new investment is made in a company the investor would be well advised to have a shareholders’ agreement drawn up which will govern how the company is to be run at the time of subscription.

The sale of shares, if there is a dispute between only two shareholders can be problematic but provision for such a turn of events can be provided for in the shareholders’ agreement. This could be done by a number of different procedures called tag along, drag along, offer round, lock in or a combination of these.

These type of arrangements are designed to provide a solution where shareholders have fallen out and cannot come to an agreement as to how to resolve it.

The agreement might also cover the operations of the company such as a right for a minority shareholder to appoint a director to the board of the company or to committees of the Board.

One of the most important sections of a shareholders’ agreement is a vetoes section which lists out a series of transactions which cannot be carried out without the consent of the protected minority shareholder.

A critical part of any agreement will also deal with a situation where there are two shareholders with each having 50% and no agreement in relation to a substantive course of action.

Set out above are some of the most common clauses in a shareholder’s agreement.

These are only some of the issues that should be addressed in your agreement. Circumstances will vary from situation to situation. But trying to draft one yourself or copying a template that you might come across is not the smartest thing to do.

A poorly drafted shareholders’ agreement, or none at all, will cost you  a lot more than the cost of having one drafted by your solicitor.
By Terry Gorry
Google+