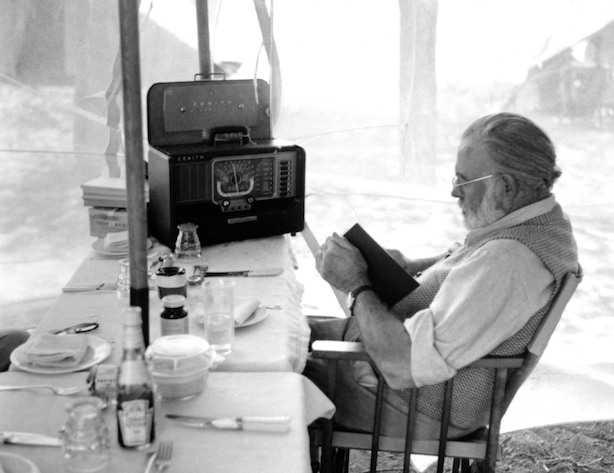 It happens to the best of us, you know.

Not too long ago I came across a group discussion on Linkedin in one of the groups of which I am a member-it’s for lawyers/solicitors.

In his reply to the discussion, one of the members told a joke.

It was about a lady who goes to the doctor for something or other and the punch line of the joke was delivered by the doctor.

It was along the lines that the lady was “incorrigibly mendacious”.

Now, I love words as well as the next man or woman-I always have.

But I had to think twice to understand exactly what this doctor was saying about the woman who went to see him.

It was, of course, that she was a frequent liar. Someone well known for telling porkies with enthusiasm.

So, why not say that?

Communications in your business

Ernest Hemingway is one of the finest writers in the English language. He was renowned for his sparse, simple, active language using simple, plain words that virtually everyone understood.

However he was once asked about this in an interview he gave the New Yorker magazine; he was effectively being accused of not knowing any big words, the “$10” words.

“When I’m writing it, I’m just as proud as a goddam lion. I use the oldest words in the English language. People think I’m an ignorant bastard who doesn’t know the ten-dollar words. I know the ten-dollar words. There are older and better words which if you arrange them in the proper combination you make it stick. Remember, anybody who pulls his erudition or education on you hasn’t any.”

What you as a small business owner or sole trader or even someone who just wants to communicate effectively can learn is that you don’t need to use big words; you don’t need to flaunt your intellect, education or vocabulary like a sword.

Use plain words, simple words that the greatest number of people can understand. You’re not trying, presumably, to show how clever you are-you want to tell your story to as many people as you can.

Don’t patronise the reader and don’t talk down to them.

But in all your written communications-on your website, in your brochure, in your leaflets, advertisements, etc-use plain words.

And on your website where there is no restriction on space and you are not paying by the inch, use short sentences.

And plenty of white space.

Because it is far less intimidating and people are more inclined to read what you write.

You want your story to be heard, don’t you?

By the greatest number of people?