John Boyle was fired from his job on a bread van, married at 19, has 7 kids, and turned down £200 million from a U.K. betting chain for his business. 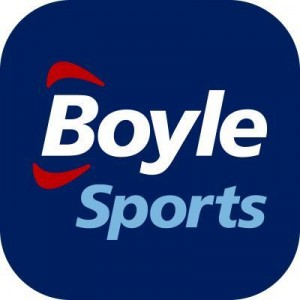 I listened to a fascinating interview yesterday on the Business Show on Radio 1-Richard Curran interviewing John Boyle of BoyleSports, the betting chain.

Boyle left school early and was married at 19. I missed the very start of the interview but he started out working on a bread van and was fired because of his problem with, I believe, drink.

Boyle was from Armagh and, with the help of his father-a small business owner himself- guaranteeing a bank loan, opened a betting shop in his home town.

He worked the shop himself for 7 years, with assistance only at the weekend. It went well and he made money and in 1989 he came south of the border to Drogheda to buy another shop unit.

Boyle remarked in his interview that buying a shop unit then at a very competitive price and with low rent was easy because everyone was closing up, or struggling badly with the recession in Ireland at that time, and shops were easily bought.

Incidentally, I started in retail myself 3 years prior to this in 1986 and I can confirm that things were very bad in the Irish economy with astronomical interest rates and nearly double the unemployment rate we have now; three general elections in 15 months didn’t help matters either.

Boyle did well from the outset and, despite the general gloom and doom pervading Ireland at the time, was profitable from very early on with all the shops he opened. Over time Boyle grew the business to over 100 shops.

He told Curran also about being approached by a leading British bookmaking operator who offered £85,000,000 for the business. Boyle was “chuffed” but wouldn’t sell.

They came back a few years later and offered £200,000,000. He didn’t sell then either as he has 7 kids or most of them are involved in the business.

I also gathered that he will never sell the business.  As he says himself, he has a nice house, takes nice holidays, drives a nice car and, anyway, what would he do with the money.

I noticed two things with Boyle which I have seen before many times in successful entrepreneurs:

I have a good friend who is a very successful businessman despite his lack of education-he didn’t even do the leaving-and his interest in anything apart from one thing: trading.

My friend has been a trader for over 20 years, loves doing “the deal”, went bust early, recovered, and is now spectacularly successful. And all he does is buys ordinary, prosaic, everyday products that the supermarket trade in Ireland sells all day every day.

It is a simple business, completely devoid of any social media or digital marketing aspect.

But, like John Boyle, he does one thing really well-buys and sells-and keeps things simple and ignores the experts and commentators who comment on the big picture.