Do you need to serve legal proceedings in Ireland in accordance with the Hague Convention? 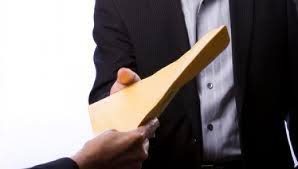 This piece will explain the most cost effective method of serving legal proceedings in Ireland in accordance with the Hague Service Convention on the Service Abroad of Judicial and Extrajudicial Documents in Civil or Commercial Matters .

It will also take a look at the common law principles and difficulties surrounding the enforcement in Ireland of judgments obtained in the United States.

Ireland is one of the signatories to the Hague Convention on the Service Abroad of Judicial and Extrajudicial Documents in Civil or Commercial Matters.

The Federal Rule of Civil Procedure 4(f) provides that service on an individual in a foreign country may be served by any internationally agreed means of service such as the methods authorized by the Hague Convention.

Article 1 of the Convention provides that the Convention “shall apply . . . where there is occasion to transmit a judicial . . . document for service abroad.” “Service” means a formal delivery of documents that is legally sufficient to charge the defendant with notice of a pending action.”

However a quick look at the background of Ireland’s ratification of the Hague Convention on the Service Abroad of Judicial and Extrajudicial Documents in Civil or Commercial Matter is worthwhile and may save you a lot of money, time and heartache.

Ireland and the Hague Convention

Ireland ratified the Hague Convention on the Service Abroad of Judicial and Extrajudicial Documents in Civil or Commercial Matters in 1994.

The objection Ireland made under Article 10 was to

ii. the freedom under Article 10(c) of any person interested in a judicial proceeding to effect service in Ireland of judicial documents directly through judicial officers, officials or other competent persons.

However this objection is not intended to preclude any person in another contracting State who is interested in a judicial proceeding or his lawyer, from effecting service in Ireland directly through a solicitor in Ireland.

This objection raises two questions which have to be answered before the service of foreign process in Ireland is valid:

Under the terms of this objection therefore there are only two officials who possess the necessary competence to effect service under the Convention in Ireland.

These are the Central Authority in Ireland (the Master of the High Court) and a solicitor in Ireland.

No one else is to validly effect service in Ireland under the terms of the Convention.

This means that although service may ultimately be valid according to the law of the State of origin, it is not good service for the purposes of the Convention.

This is not explicitly stated anywhere but arises by implication from Ireland’s objection to the ratification of the Hague Convention as outlined above.

Unfortunately many foreign legal firms are unaware of this limitation and make the mistake of engaging the services of a law agent of one kind or another.

This can cause serious problems because service can only be effected directly through the Central Authority or by using an Irish solicitor who will submit the documents and request form on your behalf.

(Note: in information provided by the Central Authority in Service Convention questionnaires in 2003 and/or 2008 the Irish authorities provided this information:

Whilst service by mail or post may appear to be the least expensive method you may run into problems in enforcing your judgment in Ireland as there is no treaty in force between the US and Ireland in relation to enforcement of judgments obtained in the US against assets in Ireland of the defendant.

US Courts are also divided as to the propriety of service by post with conflicting judgments being handed down in Florida and other states as set out in this document from the American Bar website.

In addition, you run the risk of only proving that you sent process to a particular address and not actually serve the person in question. This will no doubt lead to difficulty.

Service directly through the Central Authority?

Service by an Irish Solicitor?

The best and most effective method if you think that ultimately you will need to enforce your Judgment against the assets of an Irish defendant is to instruct an Irish solicitor.

He/she will deal with the paperwork, liaise with Central Office and arrange service of the documents directly provided the request for service requests that the solicitor be permitted to serve on the Defendant which is common.

Once service is effected by the Irish solicitor he sends one set of papers back to the Central Office of the High Court who then certify service. It is this certificate of service which is accepted as proof of service under the Hague Convention.

Enforcement of US Judgments in Ireland

Strictly speaking, the procedure therefore is that if you have obtained a judgment in the United States for example, you are obliged to commence proceedings anew in Ireland under the Summary Summons procedure.

The purpose of these proceedings would be to obtain a Judgment in the Irish courts in the terms of the foreign judgment.

1. The judgment must be for a definite monetary sum

2. The judgment that was obtained must be conclusive and final

3. The Defendant had adequate time to defend the proceedings and must have been served with them

4. The judgment must not be irreconcilable with public policy in Ireland

5. The judgment was not obtained by deceit or fraud

6. The Court that issued the judgment must have had jurisdiction to have dealt with the dispute-it must have been a Court of Competent Jurisdiction

The Defendant could have submitted to the jurisdiction of the foreign Court as a matter of contract or by entering an Appearance to the proceedings.

The action then to enforce the US judgement is one taken at common law and the cause of action is recognition of the foreign judgment.

As there is no agreement in place between the United States and Ireland for the automatic recognition and enforcement of Judgments obtained from a court in the US in Ireland, it will be necessary to rely on common law rules.

This can pose major difficulties for holders of judgments against debtors from outside Ireland.

In fact, there is no bilateral treaty or multilateral international convention in force between the United States of America and any other country on a reciprocal recognition and enforcement of judgments.

The Irish common law rules/principles are quite restrictive and enforcing non-EU judgments in Ireland can be problematic as a consequence.

Number 1 above is obvious-you either have a judgment for a definite sum or not.

Likewise with number 2-the legal proceedings must have come to an end with no opportunity to appeal the judgment and the judgment must have been achieved following the correct procedures in the state in the US which granted the Judgment.

Number 3 above can be the most problematic as a result of a case called Rainford v Newell Roberts [1962] IR 95 where a Judgment was obtained by Rainford in the UK and sought to enforce the judgment in Ireland. (This situation would not arise now as a result of both countries mutual recognition of judgments due to various EU law and international conventions but is illustrative of the common law principles involved in seeking to have the US judgment enforced here)

This problem centres primarily on the question of proper service of the proceedings on the Defendant, as accepted by Irish rules of private international law.

In Rainford v Newell-Roberts the defendant had not been in the UK when served with the legal proceedings and had therefore not submitted to the jurisdiction of the English Courts and as a consequence the Irish Courts did not allow enforcement of the Judgment.

Grounds on which Judgment will be refused

This 2012 decision of the Supreme Court in Ireland is instructive and helpful in this area.

(Read the full decision in this case here)

“Rule 36. Subject to rules 37 to 39, a court of a foreign country outside the United Kingdom has jurisdiction to give a judgment in personam capable of enforcement or recognition in the following cases:

First case. If the judgment debtor was, at the time the proceedings were instituted, present in the foreign country.

Second case. If the judgment debtor was claimant, or counterclaimed in the proceedings in the foreign court.

Third case. If the judgment debtor, being a defendant in the foreign court, submitted to the jurisdiction of that court by voluntarily appearing in the proceedings.

An alternative way to recover a foreign judgment against an Irish debtor is to bring bankruptcy proceedings in Ireland against the debtor with the first step being to serve a demand for payment on the debtor.

However the difficulties of starting proceedings in Ireland anew are

There are 2 main conclusions to be drawn from the above:

1.      the most effective method of service of legal proceedings on an Irish defendant in accordance with the Hague Convention is by instructing an Irish solicitor to do so on your behalf;

2.      enforcing a judgment obtained in the United States in Ireland is problematic and uncertain and may require the issuing of fresh proceedings in Ireland.

If you have any questions or need a quotation for service of process in Ireland, please don’t hesitate to contact me.
By Terry Gorry
Google+