Commercial borrowing and lending can be a trap for the unwary lender. 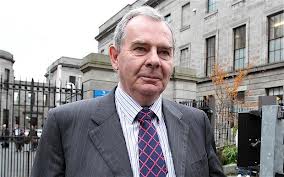 The issues that arise can lead to borrowers and lenders losing out on what they perceive to be a technicality.

Before looking at Sean Quinn’s pending civil case against what was Anglo Irish Bank, let’s take a look at the borrowing powers of various legal personalities.

An individual can borrow what he pleases and the only issues surrounding this revolve around 3 questions:

For example many small businesses involved families living over pubs or shops.

However the Family Home Protection Act 1976 provides safeguards for the Family Home and if the lender in lending money to a borrower fails to divide out the family home from the business property then the security that the lender thinks it is obtaining may not be effective.

A number of issues which arise from an individual borrowing money arise in the area of consumer legislation.

Essentially the Consumer Credit Act, 1995 and the European regulations in 1995 dealing with Unfair terms in Consumer Contracts place fairly onerous obligations on lenders. There is the possibility that if the lending institution gets any of the procedural or substantive safeguards wrong then the security that the bank thinks they are obtaining may not be effective.

It is interesting to note that if a company adopts the standard Table A articles of association and section 79 has not been excluded from it, then the powers of the directors to borrow on behalf of the company is ineffective.

Section 79 says that a company can only borrow an amount equal to the nominal value of the issued share capital unless the company in a general meeting authorises a higher amount.

This can be of enormous significance if the legal team advising the bank overlook this point when granting loans to companies.

Financial assistance for the purchase of a company’s own shares

Section 60 of the Companies Act 1963 prohibits the provision of financial assistance for the purchase of shares in the company providing the assistance by anybody. This is to prevent asset stripping and the reduction of the share capital of the company.

However there is a procedure called the ‘whitewash procedure’ which allows certain exemptions which are set out in section 60(2-11).

The effect of this assistance being provided without this procedure is that the transaction is voidable at the choice of the company against any person who knew of the facts which cause the breach.

This is the basis for the claim of Sean Quinn and the Quinn family that their borrowings from Anglo Irish bank to “prop up” the share price of Anglo Irish were unlawful and therefore unenforceable.

The outcome of this case when it comes before the Courts will be interesting to say the very least.

A bank will usually take either a fixed charge (on a property) or a floating charge (on stock or debtors or assets that change).

Term loan-repayable by negotiated amounts over a period of time.
Revolving credit-these are loans which are (were!) popular with property developers allowing for the rolling over of the amount borrowed after 6 months depending on how sales of the development were going.

Factoring-this is essentially the sale of the book debtors of the company to the bank who then gather in the debtors and charge their client a percentage for having provided the finance up front for the book debtors.

Leasing-legally the leased property remains the property of the lender although in practical terms the borrower has the use and enjoyment of the asset.

This is usually secured by a fixed charge of the property and the company must have the powers in the memorandum and articles of association to mortgage land/property.

Stock is usually secured by way of a floating charge.

Can be secured by both floating and fixed charge depending on the value of the plant.

These can be secured by a floating or fixed charge and it has been held in the UK that it is possible for a bank to obtain a charge over the credit balance of a borrower with itself.

When a borrower is involved in commercial borrowing he must be aware of the difference between an indemnity and a guarantee.

A guarantee must be in writing whilst an indemnity need not be.

The person giving the indemnity is primarily responsible for the debt whereas with a guarantee the guarantor is secondarily responsible after the borrower who is the first port of call if the loan goes wrong.

A guarantee will normally contain a clause preventing the guarantor from protecting himself by taking security from the borrower. The guarantee will also make provision for the money be repayable on demand which protects the bank from losing out by the running of the Statute of Limitations, 1957 which otherwise might prevent the bank from pursuing the debtor.

As outlined above a company must have the powers to execute a guarantee in it’s memorandum of association.

Assuming that a company has the power to borrow and regulation 79 of Table A of the Articles of Association has been excluded then details of the borrowing and charge must be registered with CRO and the Registrar of Companies within 21 days of the creation of the charge.

This time may be extended with an application to court but if the charge becomes void as a result of the charge not being registered within time then the borrowing becomes payable and the lender may sue immediately for recovery of the sum.

For many small business owners, the whole area of commercial borrowing is one that should have been treated with far more caution.